The community service of Universitas Budi Luhur (UBL) served Indonezia Esperanto-Asocio (IEA) to create the website for IEA. Please view the Zoom recording session regarding the activity on the video below.

Here are the transitional committee of IEA, dedicating to Esperanto movement in Indonesia. 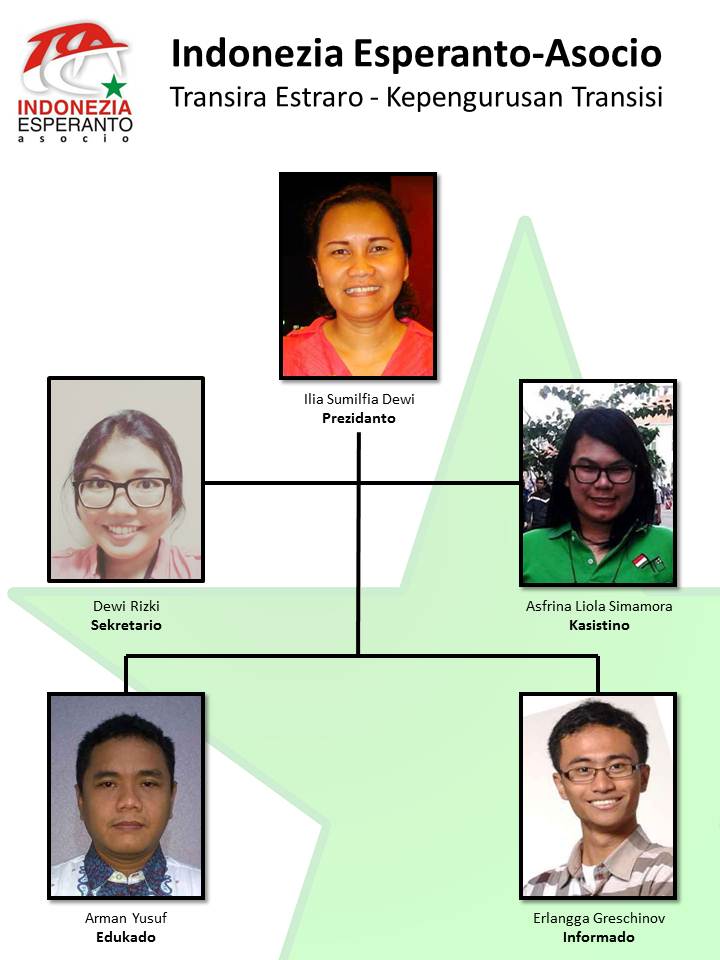 Erlangga Femayuga (Pen Name: Erlangga Greschinov) was born in Jakarta, April 28th, 1993. In 2016, he finished his study in faculty of Industrial Engineering, at Telkom Institute of Technology, Bandung. He knew Esperanto from esperantist group in Facebook. Since then, his activity in Esperanto movement began. He became esperantist since 2010. He is also the founder of Komunitas Faktabahasa, the biggest youth platform emphasizing in language learning. He joined 97th Universal Esperanto Congress and 68th Youth Esperanto Congress in Vietnam. Currently, he lives in Bekasi and becomes one of transition committee of Indonesia Esperanto Association, serving as a head of Information Department. For further contact, you can submit an email to Greschinov@gmail.com

Arman Yusuf (nicknamed Uucuup) born in Jakarta, August 30th, 1975. He graduated from Faculty of System Information of Budi Luhur University on 2013 and currently he becomes a lecturer on the same university. He knew a glance of Esperanto in December 2015 onward. He joined Three Countries Esperanto Congress in Bandung, Indonesia in March 2016 for then he decided to help the movement of Esperanto in IEA to became Secretary on 2016 and Education department in 2017. His email address is arman.yusuf@gmail.com

Dewi Rizki (nicknamed Dewi) known Esperanto in 2015 on the 7th grade of high school. She borned in Bogor, April 21, 1997 and currently she is studied in Rusian faculty of Universitas Indonesia. She learned Esperanto more when she joined Indonezia Esperantista Junulara Organizo (IEJO). She decided to be fully committed learning Esperanto, when Ilia offered a special role of becoming the secretary of Indonezia Esperanto-Asocio (IEA). She can be reached on dewirizki.edu@gmail.com

Asfrina Liola (nicknamed Lio). She knew Esperanto from Ilia since 2011. She started learn it at E-Club “Esperiga Suno” in Jakarta. Currently, she studies economy in University of Mercu Buana and works as a financial manager. In 2012, she served as a treasurer of Esperanto club in Jakarta; she joined Universal Esperanto Congress in Vietnam. Also, was a board of manager of First Esperanto-Indonesian Congress in Bogor. This year, she joined Three-Nation Esperanto Congress in Bandung. Now she serves as a treasurer of IEA. You can contact her at: luv_liola@yahoo.co.id 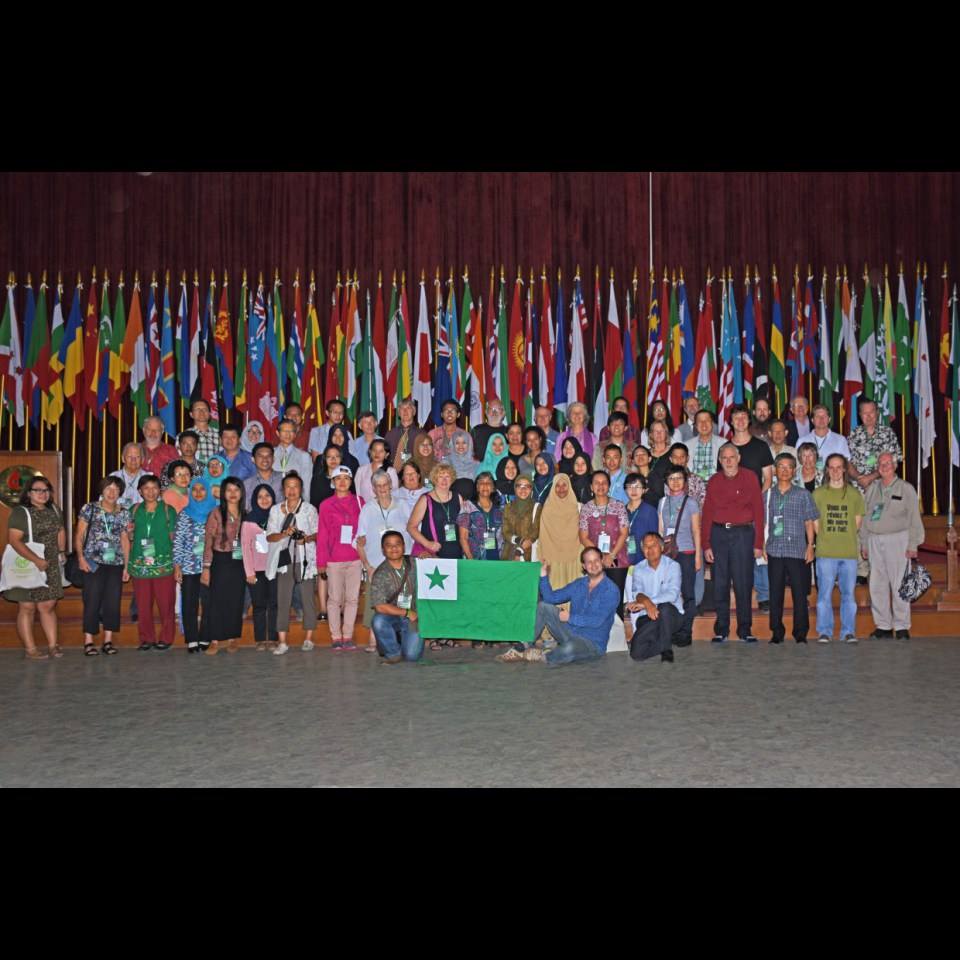 Tri-Nation Esperanto Congress has been successfully completed on Bandung, Indonesia, March 23-28, 2016. A lot of beautiful moments and priceless experiences from that congress. To remind of these moments, please visit our image galleries provided by respected Kim Lee, Risa Gama, Ilia Dewi and the Journalist of Museum Konperensi Asia Afrika (MKAA, led by Aulia Meytriasari):

You can also obtain the soft-copy of Congress Booklet from this link below: 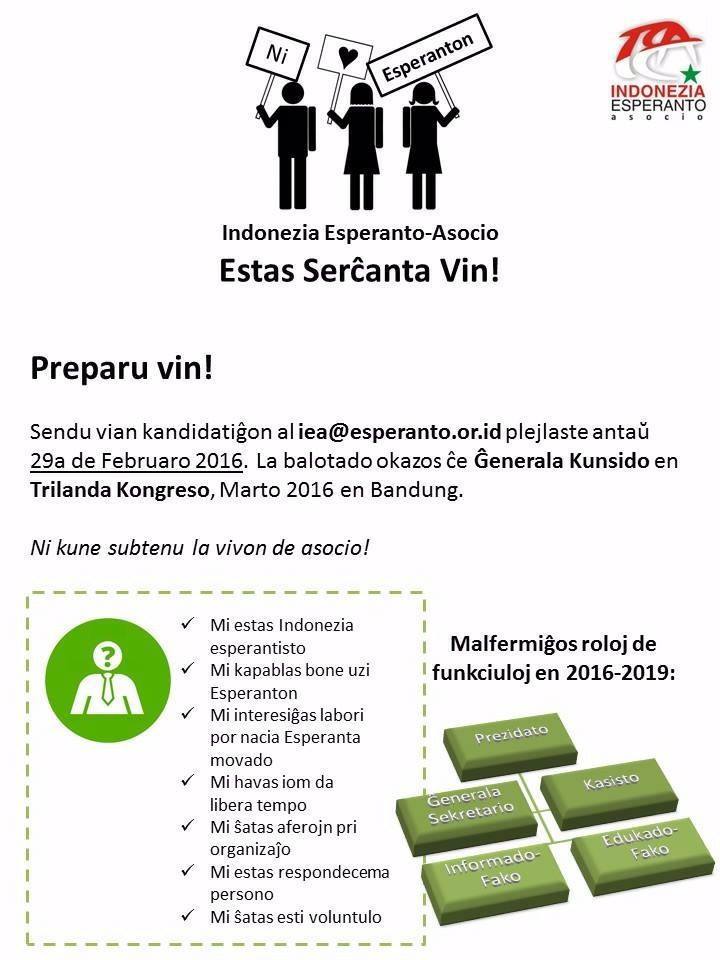 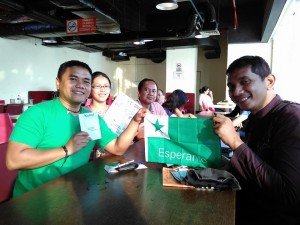 With a determined willing, Esperanto friends from Bandung club ‘Ruĝa Formiko‘ campaigned to spread the information regarding Esperanto and its movements. They stand on Car Free Day around Dago, Bandung. 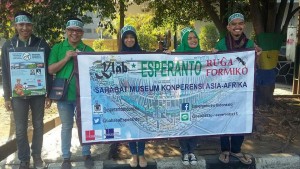 Should you answer “YES!” then it is important for you to join this 3 Countries Congress of Esperanto: Indonesia, Australia and New Zealand. The registration opens from June 2015 to February 2016.

As you expect to enroll this event within your organization, please contact your country-level enrollment form. If you are Indonesian, please switch to Bahasa Indonesia and register from there. If you need specific services, i.e. information regarding other hotels or hostels around the venue, or transportation to the congress venue, please email to

estraro-indonezia-esperanto-asocio@googlegroups.com or call this number

We’ll see you all in this grand conference! See you! 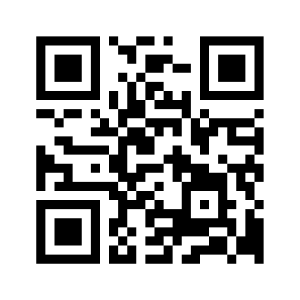